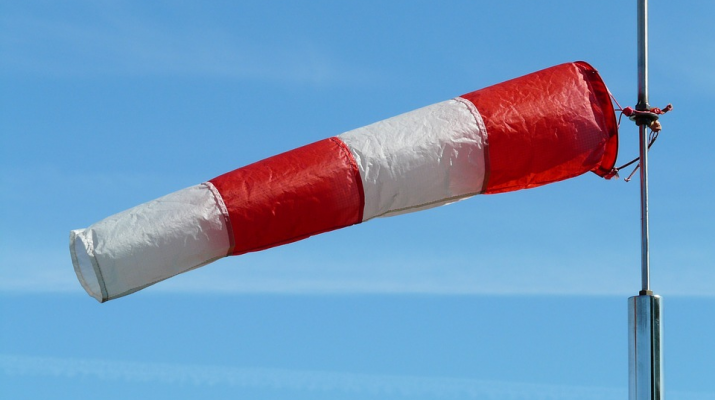 Despite the seemingly old and antiquated designs of these conical tubes, windsocks and poles continue to remain widely used today as they have been in the past. Commonly utilised by airports as a means of determining both the direction and strength of the wind for its aviators, these tools can also be found in various plants that deal with chemical substances to help minimise, if not mitigate, the risks of the environmental exposure to dangerous and lethal toxins. In this article, we will discuss a few more interesting facts that you may not be aware of regarding windsocks.

The reason why the tool is called a windsock is that it more or less resembles a large sock on a pole that is used to tell not only the strength of the wind but also its source as well as direction.

Many airports often have their windsocks properly lit for pilots to see during the night through the use of floodlights. The interesting part lies in the direction in which the floodlights as mentioned earlier are facing, which allows them to shine from within the windsock and make it visible.

Unlike other tools that make use of electrical or mechanical systems, windsocks rely on the renewable energy of the wind to function. This makes the windsocks impervious to any malfunctions but also very energy efficient as well!

While these tools are more commonplace in airports and chemical plants, windsocks are also used to provide information in real-time on the highway for the reference of drivers as well as for use by golfers to determine how best to hit the ball.

It’s not hard to see why windsocks continue to remain relevant and vital in today’s modern world. Not only are they crucial for airports and chemical plants, but their versatility in use allows them to be utilised for a variety of different purposes including, but not necessarily limited to, highways and even golf. Best of all, their design ensures that any risks of failure are minimised if not completely mitigated, making them tools that will undoubtedly stand the test of time.